If you’re looking for images and logos
for press related items, download them here.

Through the Woods
57th GRAMMY® Nominee

Can You Canoe?
55th GRAMMY® Winner

“If you’ve already burned through every Kidz Bop CD known to man and you want something a little more pleasing to your ears, Grammy-winning duo The Okee Dokee Brothers are coming to the rescue.”
– Wall Street Journal

“These Grammy Award-winning artists, who specialize in folk music and Americana, sing of cold-weather joys. …in addition to extolling the fun of ice fishing, dog sledding and encountering a friendly yeti, the songs on Winterland deal with more serious subjects, like life cycles and tolerance.”
-Laurel Graeber, The NY Times

“[The Okee Dokee Brothers] remind us of the American belief that we’re bound for better weather. Their album [Can You Canoe?] celebrates everyday explorers, young and old, who rediscover that notion daily”
– NPR’s All Things Considered

“[Through the Woods] is at times moving, at times raucous, and always rooted in a simultaneous respect for the natural world and the rich musical traditions of Appalachian mountain music.”
– The Washington Post

“The lyrics are playful, engaging and subtly filled with life lessons. These are songs that encourage kids to find happiness with fewer material possessions and embrace adventure even in trying situations. Without getting preachy or heavy-handed, Mailander and Lansing come off like happy, kind and fun big brothers eager to show their younger siblings how to have an ethically sound and green-conscious good time.”
– Chicago Tribune

“Listening to an Okee Dokee Brothers album feels like stumbling out of the woods and finding some old friends strumming instruments around a campfire…Each album has at least one song that makes me cry
and another that makes me laugh out loud.”
– Outside Magazine

“The Okee Dokee Brothers are an absolute national treasure. These songs are just what the world needs right now.”
– Minnesota Parent Magazine

“Songs for Singin’ is family music that’s artful and soulful, music that invites the listeners to turn off the stereo, tune-up the instruments and voices, and make the songs their own. Our community is big and powerful, restless and ready for more songs to sing, and The Okee Dokee Brothers have given us something hopeful to sing about.”
– Dan Zanes, Grammy Award-Winning Family Music Artist

“There are happy songs, thoughtful songs, lullabies and songs to help you get up in the morning, even on the tough days.”
– MPR’s All Things Considered

“Lansing and Mailander distilled their experience into playful and thoughtful songs crafted with the warmth and storytelling resonance of traditional folk and mountain music.”
– Parents’ Choice
(Gold award recipients for Can You Canoe?, Through the Woods, Saddle Up, and Winerland)

Songs for Singin’ – NAPPA Award Winner:
“The hilarious ‘Campin’’ feels like a tune Woody might have written if he were alive today.”

“We love listening to Winterland! So much heart and soul, love and laughter in every song.
We ALL sing along on the way to school.”
-Abigail Washburn, Béla Fleck & Juno (& Theodore too!)

“The Okee Dokee Brothers once again reiterate they’re as much a traditional folk-music act
as they are a kids-music duo.”

“This bluegrass duo knows that to write a meaningful song,
you’ve got to have a genuine experience. “
–The Sierra Club

“Their roots together go to their earliest days and their folky songs commemorate shared memories of their childhoods.”
– Pat Condon, Associated Press

“Can You Canoe? stacks up just fine next to current mass-Americana faves from the Lumineers to the Avett Brothers.”
– Rob Harvilla, Slate.com

“Children with even the slightest outdoorsy inclinations will be easily drawn into the
songwriters’ inviting descriptions of life under the stars.”
– STARRED Review for Can You Canoe? (the book) by Publishers Weekly

“This outstanding third album in the GRAMMY Award–winning
Adventure Album series will appeal to the entire family.”

“Like the great Woody Guthrie, they’ve tapped into that magic quality of folk music to bridge the age gap and connect listeners young and old with their universal message.”
– UTNE Reader

“The Okee Dokee Brothers collaborate with some of today’s biggest names in Americana music, reaching a new generation of fans both young and old.”
– Bluegrass Nation

“[Can You Canoe?] is one of those rare records for kids that transcends its own audience.”

“[The Okee Dokee Brothers] encourage kids and adults alike to break away from our media driven culture into the natural universe right under our noses, which too often goes unnoticed.”
– No Depression.com

“The Okee Dokees are a sort of two-man Nitty Gritty Dirt Band for the kindiesphere.”
– Paste Magazine 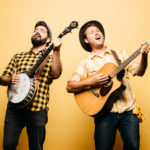 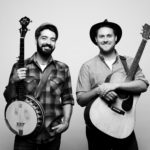 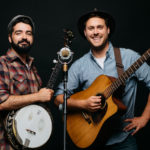 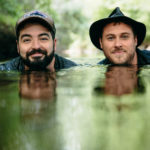 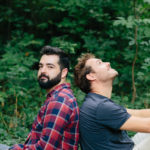 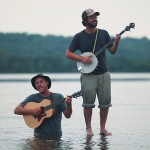 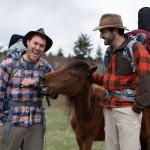 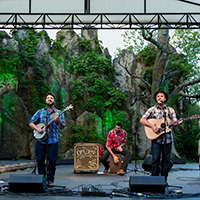 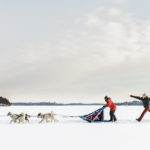 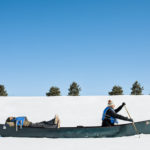 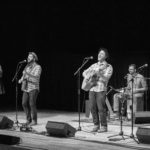 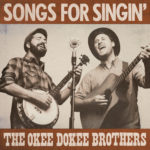 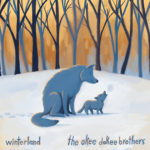 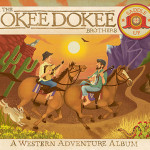 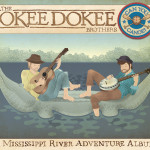 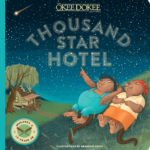 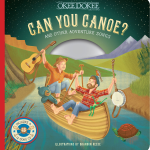 Through the Woods One-sheet (2.7MB PDF)